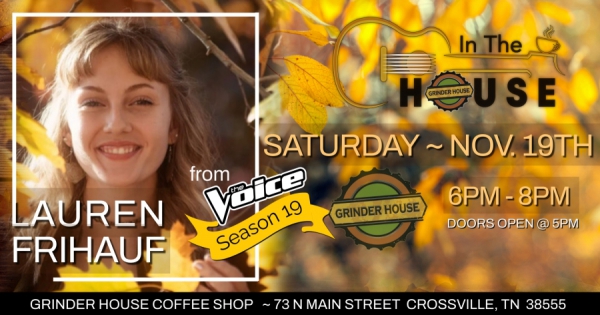 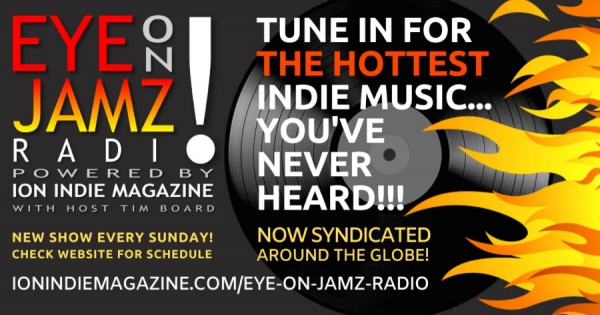 Winter is starting to set in here in the US, air is colder, snow in some places, however I have some great music to warm your ears up this week. I have music from SEVI, Thieves Of Liberty, Segmentia, Michelle Fabre , PD Martin Official, Lili Caseley, Julia Alfrida, Little Hurt, Neon Bloom, Jennifer Alvarado Music, Nate DiRuzza, Eva Grace, Riiver Brukes, Cantrel, Neil Breytenbach and more.

Tune in each week for Eye On Jamz with host Tim Board, powered by ION Indie Magazine! Tim brings you the hottest indie music you’ve never heard. NOW INTERNATIONALLY SYNDICATED! The new broadcast week begins every Sunday! Check the schedule for broadcast days, times, and stations at Eye on Jamz Radio. Also, visit their Facebook Page and Twitter page at for the latest show news and updates! Eye on Jamz is a reporting station on World Indie Music Charts. 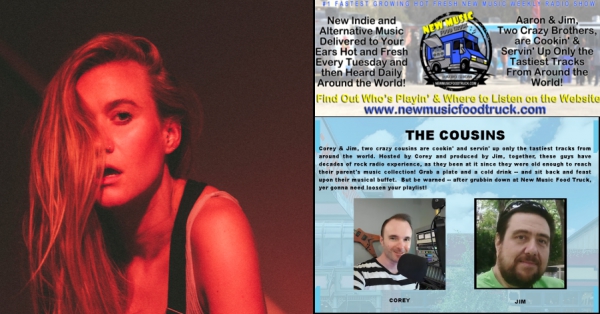 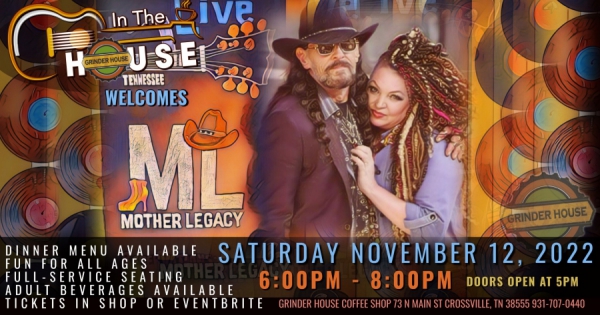 Mother Legacy's return to the Grinder House Stage is a blessing and a homecoming of sorts! We are ready for some Steve and Shay groovin.'  One of the most diverse professional sought after bands around.  Vocals unlike any you've heard. Which will knock you off your seat, harmony to make goose bumps crawl and bring tears to your eyes. Such full sound rhythm, rocking guitar playing & finger picking to have you scratching your head. Nobody can fathom how they can create so much energy and sound with a tiny simple package.

MOTHER WHO, YOU ASK?
Shay Collins IS Mother Legacy. Many don’t know that Shay came into this world through music, as her mother, Sue was a popular club singer in Taipei, Taiwan.  SHAY is Niece/ Protege to the famous Ray Collins the founding member of The Mothers of Invention with Frank Zappa.  Shay, together with her flashy velvet versatile vocals crooning cowboy husband Steve, have created quite an inspiring, exciting, rocking performance lighting up stages everywhere. being invited back time and time again with as many as 18- 29 shows a month, These two travel and perform 90% of the year.  Loveable, real, raw and honest, they are able to conquer absolutely any venue or event.

IT WAS MUSICAL DESTINY.
They met June 2005 during karaoke in Chattanooga Tn. Together they did a mission of taking care of struggling troubled inner city children at a get away "unplugged" camp ministry. 2006-2008   Blessed with a miracle daughter in 2008. They were FINALLY wed in Sept 2016. Shays mother was ordained to officiate, her stepfather of 38 yrs & her biological father were there. The bride & groom sang Faithfully by JOURNEY as their vows and...THAT was the first moment that the family ever heard them sing together.  Shay lost both her fathers that following year to cancer, their last wishes, because of that wedding song, was for them to go out & perform. They quickly set out to do a few small free shows to honor them. These performances led to many many bookings. Neither dreamed of music being their primary way of life. In 2019 they produced their 1st original music CD "MOTHER LEGACY Go Find Yourself" with CD sell outs weekly & available on all online platforms.

Shay Collins, a Hollywood California Janis Joplin funky Bluesy Rocker, has extensive experience in every aspect of the industry. Dance, Music, stage production, modeling, hair & makeup artistry.  DALLAS COWBOY Steven Seidler AKA JUST STEVE has a lifetime wide-range variety of experiences including playing with the greatest of the greats since a young lad.  He is a good ole smooth crooning cowboy, has performed all over the world delivering powerful gosple & country with a beautiful gift of velvet harmonies.  "Together We deliver a fun professional show with ringing harmonies & a variety of powerful music of every genre & era.