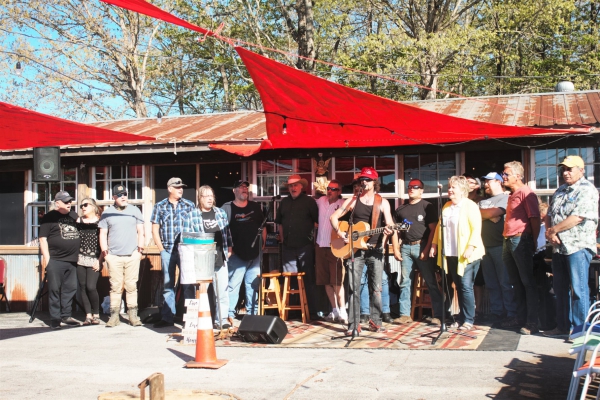 LODGE & CABINS OPEN Restaurant and Gift Shop totally destroyed
We’re having a second rally in prayer the last one was short notice and so many people could not make it they’ve asked me to have another one. Hope you can attend
Saturday May 8th, 4-830 pm at least...(Some artist and song writers want to play so we’re gonna let them play as long as they want and as long as you guys want to stay)
Who will be there:
Employees, Singer Songwriters, family, friends, hotel guest and anyone in the community and surrounding area who would like to attend.  Show your support this SATURDAY ....maybe give some people some hugs.
What:
Rally & Cruise IN ...TO show LOVE and SUPPORT to The Smoke House Family.
Where:
In the barbecue pavilion behind where the restaurant once stood
When:
This Saturday May 8th 4:00 pm-8:30 pm or later
The 3 Radioactive Writers(Jason Adams, Randy Finchum, Paul J Cicero ) will perform their regular show 4:30 to 6:30
Anyone else that wants to play bring your guitar for a bonfire jam after the 3 RadioActive Writer Show.
Why:
Because we love The Smoke House and it is an iconic and historic part of Tennessee and Monteagle.
Some of the Smoke House Musician family have offered to play for tips That will go to support the rebuild efforts. This is not an official benefit ,it’s just a gathering of love and support.
What to bring:
Potluck Super (kind of like we used to do for old time Sunday after church )If you can bring snacks, SIDE ITEMS, beverages, desserts or whatever you would like for you and your family and friends and may be a little extra for someone else.  You’re welcome to bring your own beer BYOB.  We are cooking lots meat on the grill.
Thanks to everyone for your overwhelming love and support we really need some healing and this is just a small way that we can all come together to support one another. Thank you for your continued prayers. We are truly heartbroken and devastated by the loss of that iconic Smoke House Restaurant, music room and gift in Monteagle Tennessee..
We Will have some food but NO beverage service so if you want any food or beverages you guys are going to have to bring some things you don’t have to share or you can bring things to share. Mostly bring a hug.
Thanks for your support,
Marla Sitten
Music & Media Manager
615-419-8673
To make a donation for the rebuild:
https://gofund.me/2f8aefd7
Feel free to send this link to anyone who wants to donate, Or an alternative you can mail a check or drop off money at the front desk of the Lodge and Cabins
The mailing address is:
The Smoke House
Lodge & Cabins
844 West Main St.Monteagle, TN 37356
Make check payable To:
The Smoke House
No amount is too small ...every dollar will help
Read more... 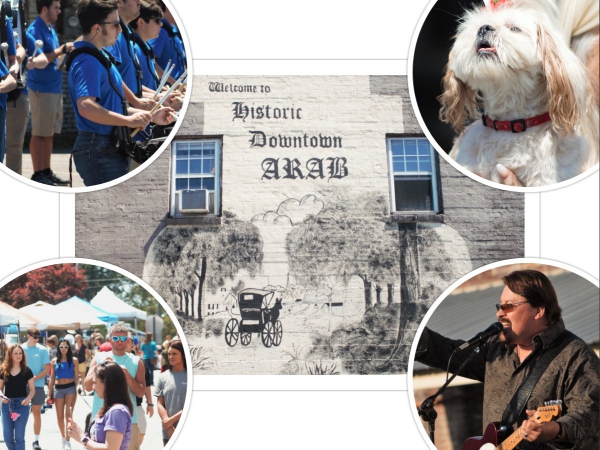 in Photo Album
May 15, 2021
The 37th Annual Poke Salat Festival will be held on Saturday, May 15th from 10 am to 8 pm.  WFMC Jams will be on location all day covering the event and hope to see you there!
The Poke Salat Festival is rooted in tradition in our community. The festival is run by a team of volunteers and depend on the community's support for the Festival to be successful.  Plan to bring your family and introduce your kids to the tradition.  Bring your dog and try to win recognition as the Poke Salat Festival Top Dog.  Run in the 5k race. Play in the Disc Golf Tournament. Try to win the scavenger hunt. Visit with the Art Departments. Check out the Cost of Freedom Museum with free admission.  Enjoy the food, taste the Poke Salat, visit with the vendors and enjoy their wares. Take a turn singing or performing at the Open Mic areas.  Bring your chairs and enjoy the concert (6-8pm) with award winning artist Johnny Collier and the Misbehaviators.  But the thing we need the most right now is post shares. Share the event. Share our posts as we make them over the next few weeks. YOUR help is important. Invite your friends. Invite your family. Post sharing is awesome because word of mouth is always the best advertising. So please mark "going" on the event and spread the word - After missing last year due to lock-down, the Poke Salat Festival, Rooted in Tradition, is BACK!

Like to sing? Have a dance group? Play the guitar?   There will be open mic and street corner performance areas available where you can perform. 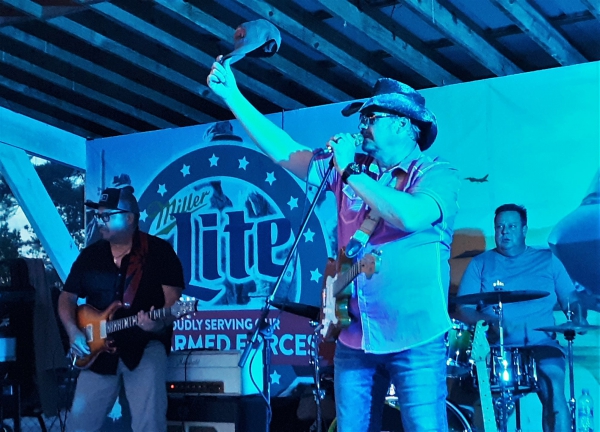 Charlie Allen and Johnny Garcia took the stage Saturday in Manchester, TN at Praters BBQ performing a variety of original music and favorite tunes to local patrons.  Charlie Allen debuted his most recent single "Whiskey God & Jones" during the evening.

Charlie Allen is a world renowned songwriter in the music industry and has written for many artists.  He has released many songs and albums of his own including "If Jesus Came this Year?", "Dying to Be Seen", "No Welcome Home", "Grandpa's Recipe" and many more.

Johnny Garcia, a Texas native, moved to the Nashville area in 1991 and has been performing, producing, and songwriting.  Johnny is also known for playing guitar for Trisha Yearwood as well as being her music director.

Praters BBQ is well known for its ribs as well as its ribeye steaks, specialty sandwiches, burgers, catfish and hand-battered fried chicken and hosts live music most weekends at its Manchester location.  Visit their Facebook page and website for information on upcoming events. 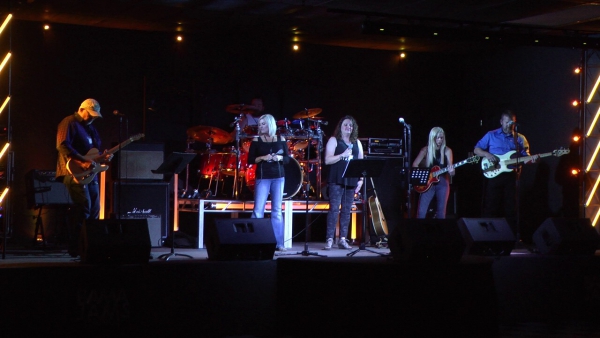 This year the Third Annual May Day Music Festival helps a Music Brother in need!  Kerry Gilbert a well known singer/songwriter has been battling cancer for some time now. He has strength of a thousand guitarist and is now going to battle again. We are here to help raise money for Mr. Gilbert and help take the stress of bills off him while he battles! 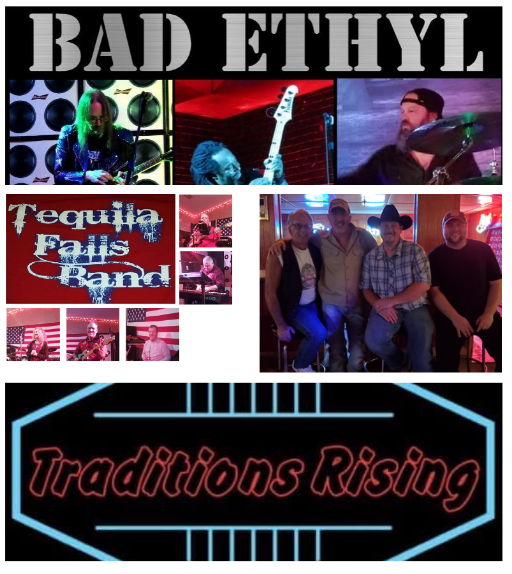 Giveaways will be held in between artists.  $5 cover at the door to enjoy the music. 21 and over only inside. Vendors well be setup both inside and outside.

More information to come so keep watching!  PLAY IT LOUD for Kerry Gilbert!