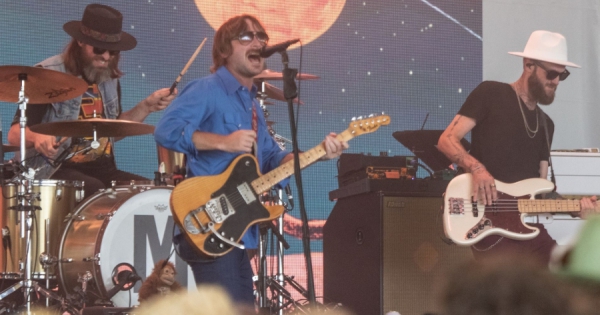 Photo Credits: Will Corey
in Interviews

The DJ Doctor had the chance to talk with Whiskey Myers after their set today at That Tent.  The band is currently on their summer tour titled "Tornillo Tour" which includes their first time performing at Bonnaroo.   The tour highlights the release of their new album Tornillo, expected to release on July 29th.   The band has recently been recognized for four new RIAA Gold & Platinum certifications during their sold out Red Rocks debut earlier this month which includes:

Login to post comments
More in this category: Previous Exit 111 Music Festival - Tyler Bryant and the Shakedown Next Bonnaroo Music and Arts Festival - Interview with Briston Maroney
back to top

Liberty on the Lawn
July 2, 2022
Saturday July 2nd celebrate with us, the community, and the country at a FREE one-day mini festival 11am till 8pm more than 7 great artists will perform for the celebration. Food, Drinks, and incredible music under cover at the Crossville, Tennessee Amphitheater.