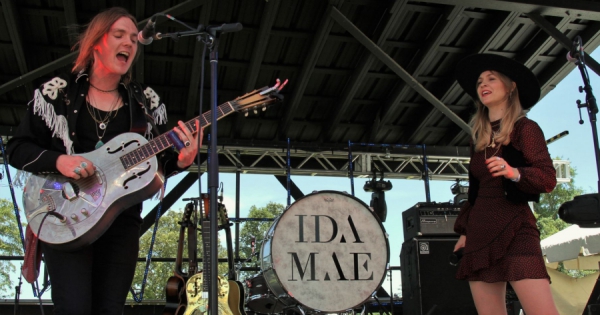 Ida Mae at the 2019 Bonnaroo Music and Arts Festival

Nashville duo Ida Mae stopped by the studios at the 2019 Bonnaroo Music and Arts Festival to talk with WFMC Jams about their music.  Describing themselves as a Rock Acoustic Americana Blues Grunge genre, Chris and Stephanie have been busy on tour this year with Greta Van Fleet and just released a debut record last week prior to taking the Who stage at Bonnaroo on Friday.  The full interview can be heard below: