Frank Bey & Anthony Paule - I Want To Change Your Mind 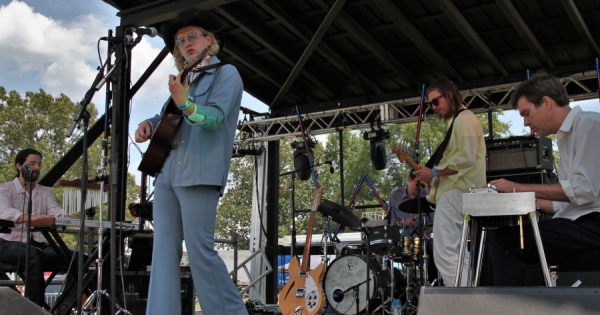 Honey Harper at the 2019 Bonnaroo Music and Arts Festival

The DJ Doctor interviewed Georgia native Honey Harper at the Bonnaroo Music and Arts Festival in Manchester, TN.  Honey Harper currently resides in London and describes his music as celestial cosmic country and had Bonnaroo on his bucket list to attend.  The full interview can be found here:

View the embedded image gallery online at:
https://www.wfmcjams.com/photo-albums/item/759-honey-harper-at-the-2019-bonnaroo-music-and-arts-festival#sigProId411a90a37c
Login to post comments
More in this category: Previous Ida Mae at the 2019 Bonnaroo Music and Arts Festival Next Thursday Highlights from Bonnaroo
back to top