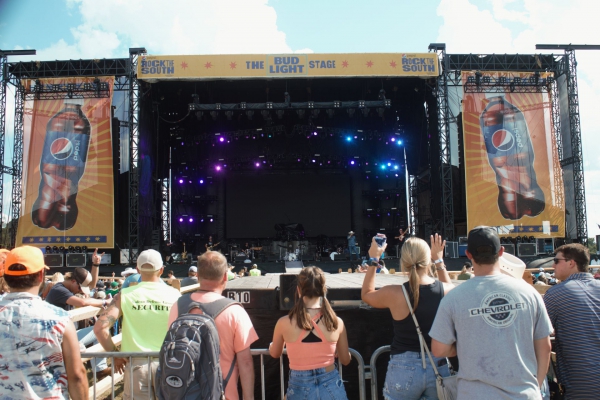 2021 Rock The South hosts the Biggest Party in the South

Rock the South continued its tradition this past weekend of giving back to its community with the #BiggestPartyInTheSouth.  Attendees of this year's Festival were able to enjoy a variety of music Friday and Saturday in Cullman, AL featuring  Luke Combs, Miranda Lambert, Nelly, Ashley McBryde, and The Marshall Tucker Band, and many more.

Plans are ongoing to prepare for next year's festival with a post on the official Rock the South Facebook Page Sunday asking fans who they want to see on next year's lineup.

View the embedded image gallery online at:
https://www.wfmcjams.com/photo-albums/item/666-2021-rock-the-south-hosts-the-biggest-party-in-the-south#sigProId8e47fd58fe
Login to post comments
More in this category: Previous 2022 Rock The South Highlights Next 6/12/2021 - Musicians Corner
back to top