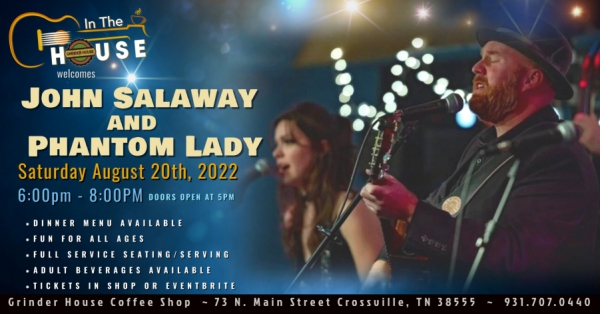 John Salaway
Frontman. Acclaimed Grammy considered songwriter. Sideman. Nationally-endorsed multi-instrumentalist. Producer. Since moving to Nashville in the early 2000s, John Salaway has become one of the city's most accomplished musicians, holding down a weekly residency at the world-class BB King's Blues Club while also playing shows with acts like Peter Frampton, Ben Folds, Anderson East, Zach Williams, and Denny Laine from the Moody Blues and Paul McCartney's Wings. He's a drummer. A guitarist. A pianist. And with albums like 2019's Americana Dreams, he shows the full range of his abilities, mixing a lifelong appreciation for the Beatles' classic pop melodies with the southern-fried sounds of his adopted hometown. Salaway’s recent album ‘Salvation’ features musicians from Foo Fighters, Lynyrd Skynyrd, Cage the Elephant, Smashing Pumpkins, Anderson East, Peter Frampton’s band and more! The album has been on hundreds of radio stations around the world and featured in American Songwriter magazine, UK Americana association & more!

Phantom Lady
Phantom Lady embodies many seemingly opposing characteristics, and yet, they find a cohesive harmony in her. She is ethereal, spiritual, and emotionally honest. But she is also haunting, mysterious, and powerful. In addition to being a skilled composer, pianist and singer, her lyrics are brilliantly poetic. She weaves melodies in a manner that is so unique and yet so familiar to all her listeners. It is hard to bind her genre to a specific musical category since her influences are from a wide range of genres and artists; she pulls inspiration from grunge rock, blues, alternative, classical, and so much more.

Born in Anchorage, Alaska, and raised in rural Vermont, she lived in New York City for a few years until settling in Nashville, TN. Just months after moving to Nashville, she met the multi-instrumentalist, singer, and songwriter John Salaway at a church Christmas party. A few months later (during quarantine due to Covid-19) he produced her album in his studio, Music First Productions. Complete with 10 songs, the album features Salaway on guitar, bass, and drums, with Phantom Lady on keys, synthesizer, organ, harpsichord, and vocals.
Her single, Tattoo on My Heart, is out now on all streaming platforms and is currently featured on Indie radio all over the world and in the top20 on the Radio Indie Alliance Charts. It is the first single to be released from the upcoming album, In Bloom, which will be released in early 2022.