Chyna Nicole - Take Me To The Moon 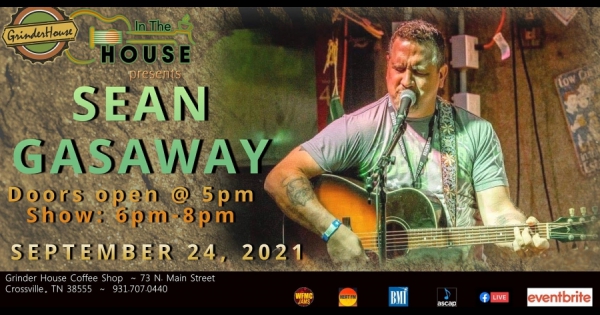 Sean Gasaway is an award winning songwriter, entertainer, publisher, record executive, record producer, and content creator also known as Bacon and Gasoline. Sean is a native of Escatawpa, Mississippi, now residing in Nashville. Sean's incredible journey has led to performances all over the world including his proudest performance to date, singing his hit "Stomp" and The National Anthem, in front of 75,000 Pittsburgh Steeler Fans at Heinz Field. Sean is a Two-Time Native American Music Awards Song and Single Of The Year winner (2017 & 2018), and has songs used on NBC’s Today Show, FOX Sports, ESPN on ABC, FITE, The Sportsman Channel, headlined shows in Luckenbach Texas, the World Famous Bluebird Café, International Festivals including The Frank Brown International Songwriters Festival, year round performances at the World Famous Flora-Bama, various House Concerts from Texas to New England, holds major publishing deals in every country in the world, garnering over 200 revenue earning copyrights, four #1 songs on the Americana and Independent charts, six Top 40 on Billboard and Independent Charts, songs in major movies, documentaries, and NFL Sports. After releasing his highly acclaimed 2016 album release "Mississippi Vol. 1", Sean blazed a new trail with his trend setting bootleg mixtape CD’s "Mixtape, Mississippi", “Mixtape, Mississippi 2”, and “Mixtape 3- The EP”. Sean is currently recording his 5th studio album, and it’s going to ROCK!

Sean has been in the music business for over 25 years, and has successfully written songs that have been published in all major genres including Rock, Country, Americana, Trop Rock, Rap, Gospel, R&B, and Pop. Sean has and is currently writing, performing, producing, and touring with bands including 3 Doors Down, Cowboy Troy, Mickie James, Deborah Allen, The Ying Yang Twins, Chapel Hart, Payton Smith, Analise Hoveyda, Rosevelt Rawls, Brandon Green, Kat Perkins, The Highway Women, and Rachel Stacy to name a few.