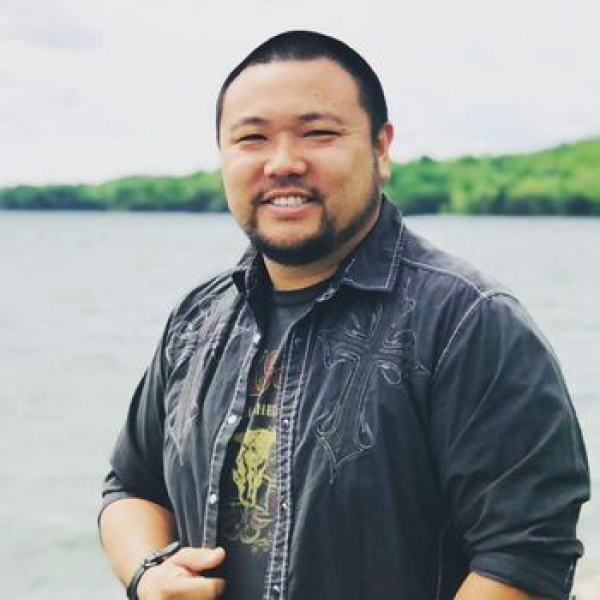 Michael Allen Magliulo
in Past Shows

Born in Hawaii to a Singaporean mother and Vietnamese father, Michael Allen Magliulo spent most of his young life among the beaches and rainforests of the Big Island in the small town of Hilo. He fell in love with country music at the age of 12, and quickly discovered a penchant for songwriting. Drawing inspiration from the likes of Garth Brooks, George Strait, Billy Joel and Brooks & Dunn, he dedicated himself to his new craft and developing his musical talent, and knew that one day he wanted to move to Nashville and pursue a career in country music.

His path took him through Southern California, where he earned a degree in Critical Writing from USC. After graduating, Michael lived near the City of Angels for over a decade. His experiences in life and love during this period led him to truly find his voice as a writer. It is also where he would meet his future wife, Lynzee, who lit a fire underneath him that eventually found them moving to Nashville in 2016 to fulfill his boyhood dream.

Since moving to the Nashville area, Michael has played a number of local venues including Back Alley Diner, Just Love Coffee, Live Oak Music Row, Belcourt Taps, Opry Mills Unplugged, Douglas Corner, and the world-famous Bluebird Cafe. He is a recent finalist in the Shine On Series Singer-Songwriter Showcase hosted by the Lynchburg Winery and American Craft Distillers of Lynchburg, and will be performing on the Main Stage at the 1st Annual Lynchburg Music Fest this fall, alongside major label country artists like Jamey Johnson, Joe Diffie and Montgomery Gentry.

With a lifelong passion for writing and performing on display, Michael continues to expand his fan base and introduce his music to new ears every day. But even as his popularity grows, Michael remains modest and humble, the same small town kid from Hawaii that he has always been.

Please sign up for our mailing list to stay up-to-date on all the latest developments and news. Browse around the site, enjoy the music and feel free to contact us anytime. Thank you for visiting, and for your continued support!

Login to post comments
More in this category: Previous 6/30/2019 - Songwriters Round at the Commodore Grille Next Midnight Madness Show - 7/30/2019 - Richard Lynch
back to top