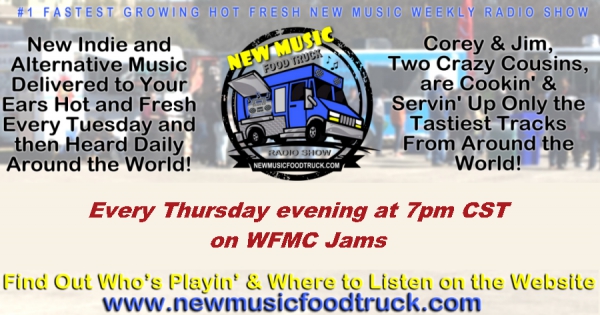 This week's menu features East Sussex, UK's Wild Horse.   Wild Horse are a young, exciting English indie band whose albums & tracks have drawn favourable comparisons with some of the UK’s very best exports from critics both sides of the pond, but more than that it is establishing WILD HORSE as its own brand of Indie. Wild Horse are prodigious in every way, as Jack Baldwin (18), Older brother Henry (21) and buddy Ed Barnes (19) have released their fourth album. A monster release of 16 of the catchiest songs you are likely to hear this year. Expect the unexpected, from Pop, Classic Rock, Punky Reggae, Blue eyed Soul, Dirty Funk, Rap, Latin, and so much more. The album is called "WE ARE IN AN IDENTITY CRISIS...BUT WE LOVE IT" and we'll find out about it and the band on this week's Blue Plate Special!  Plus we've got a killer table set with hot fresh songs this week from Maximo Park, Plague Vendor, Night Club, Frank Zummo, Bob Mould, Don't Believe in Ghosts, Priezt, The Dollyrots, Jordana, Eels, Mobley, Serena Ryder & Baby FuzZ!  Hosted by Aaron Zytle.

Plus Maximum Alternative Magazine's Mike Parrish has something hot 'n fresh with our Take Out feature song!

Please help us grow and forward this email to 3 of your music loving friends or colleagues!

Last modified on Saturday, 24 October 2020 23:19
Tweet
More in this category: Previous Eye on Jamz with Tim Board Next Music From Muscle Shoals (Then, Now and Forever)
back to top