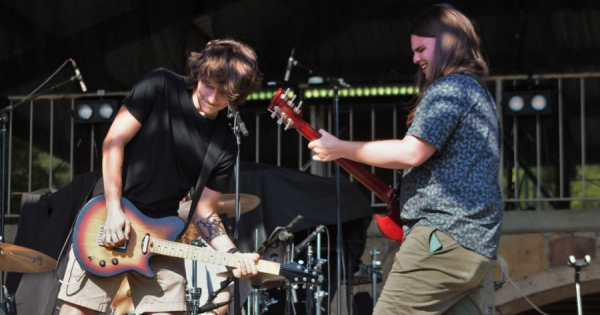 The Helen Keller Festival began in 1979 as a tribute to the life of Helen Keller. Thousands of visitors from around the world come to Tuscumbia each year to celebrate the achievements of the remarkable woman who has come to be known as America's First Lady of Courage.  Helen Keller was born and raised in this northwest Alabama town, and it was here that she learned to communicate through the tireless efforts of her equally famous teacher, Annie Sullivan. Keller went on to become an international symbol of hope and spent her life working to improve the conditions of the blind and deaf-blind around the world. It is her spirit and efforts to make others' lives better that Festival organizers work to honor.

The Festival remains a volunteer project, annually attracting over 50,000 people to events held throughout the city. It has grown to include arts and crafts, art exhibits, athletic events, a parade, street concerts, and performances of William Gibson's world famous drama, The Miracle Worker.

School children learn Braille and sign language, and play games that help them become more aware of the challenges that face people who are deaf, or blind, or live with physical handicaps. Festival organizers hope to provide the younger generation with an educated and compassionate awareness of the barriers that must be overcome by handicapped children and adults.

View the embedded image gallery online at:
https://www.wfmcjams.com/photo-albums/item/805-2022-helen-keller-music-festival-recaps#sigProIdb57ea4cdbf
Login to post comments
More in this category: Previous 6/12/2021 - Musicians Corner Next Helen Keller Festival - 6/29/2019
back to top