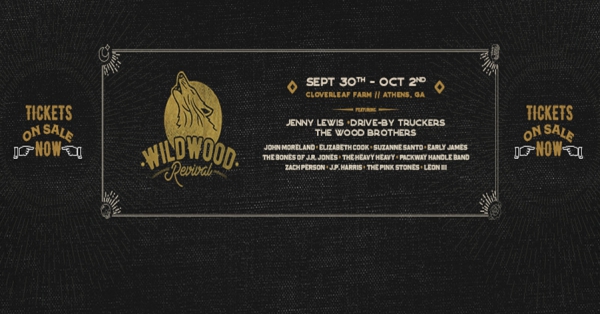 in Festivals and Events

The pleasant fall temperatures just around the corner will set the precedence and atmosphere at the Wildwood Revival Music Festival, but this festival is so much more than just a weekend of music!  Since its inception in 2013, the organizers of the festival wanted to create a different and unique experience to separate itself from the traditional music festivals.  Libby Rose, co-founder of the festival has played an integral part over the years in making this happen.  Libby along with other organizers of the festival transformed the Cloverleaf Farm located just outside of Athens, GA into a three day getaway with the option to camp onsite.  Libby describes the festival, "From the stage nestled in a 100-year-old pecan grove to morning yoga and late night jam sessions around a campfire, Wildwood is for people who want to get out of the hustle and bustle of the city, connect with old friends and make new ones, and enjoy amazing music and artists. It's a revival of the soul."  The festival features food from local farmers, local vendors, and an artisan market with vintage clothing, antiques, handmade crafts, printmakers and more. Sponsors for this year were carefully selected to create the ultimate experience including YETI, Creature Comforts Brewing Company, Wild Basin Hard Seltzer, Four Roses Bourbon, Cathead Vodka, In Blue Handmade and The Bitter Southerner.

This year's lineup includes a variety of genres that aligns with the music scene in the area as well as new discoveries.  Taking the stage Friday evening is Jenny Lewis, an indie-rock and indie-folk performer who has been on tour since July. Jenny is well known for her engaging performances and was cited as the "one of the best frontpeople in modern rock" by AV Club.

Based out of Athens and recently announced on this year's lineup is the Drive-By Truckers performing on Saturday.  The band got their start in 1996 have been performing at major venues for years and well known for their style of country-rock.  With over a dozen albums and numerous singles released, the band has acclaimed popularity all over the world.

"The 2022 lineup reflects our passion for live music and discovering new music," Libby explains.  "From Americana to Rock n' Roll, Soul to Bluegrass, Roots music to alternative Country, this slate of artists represents the diversity of the music scene in Athens and across Georgia.....At Wildwood, everything is about the experience!"

And indeed this year's artist lineup represents diversity at the Wildwood Revival Music Festival!  With the Folk and Folk Rock sounds of the Wood Brothers / John Moreland / Bones of J.R. Jones, to Country with Elizabeth Cook / J.P. Harris, Country Rock with The Pink Stones,  Bluegrass with the Packway Handle Band, Indie Rock/Rock and Roll with Zach Person / The Heavy Heavy / Leon III, and even Southern-Gothic Soul with Suzanne Santo....there's a style of music for anyone attending this year's festival!

Last modified on Saturday, 24 September 2022 12:52
Tweet
Login to post comments
More in this category: Previous 2022 Imagine Music Festival - 5 Reasons You Must Attend Next 2022 Live on the Green Labor Day Weekend
back to top