Greg Hall - Better Than I've Ever Been 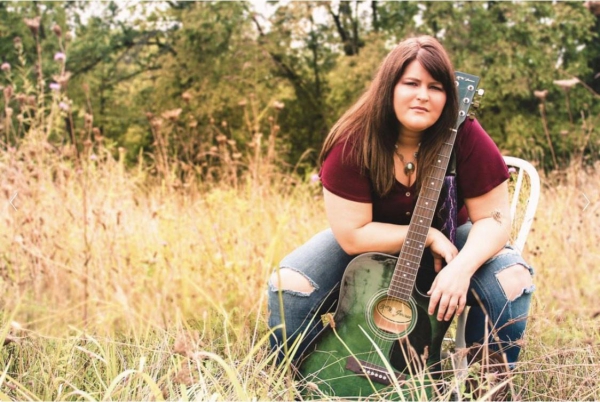 Jessica Carter is a singer-songwriter from Columbia, MO. Jessica began her love for music at age three, while repeatedly beating and singing on coffee cans. Her influences range from many genres of music including: Johnny Cash, George Strait, Dolly Parton, Miranda Lambert, Whitney Houston, Aretha Franklin, Joan Jett, Queen, Eagles and many more.

After years of being involved in music through school, she began trying her hand at songwriting. She would then pursue a degree to further her knowledge and skills in music. Jessica graduated from Central Methodist University in 2014 with a bachelors in Music Education. From there she would go on to teach elementary music in Mid-MO for the next 5 years. Through teaching she learned how to be a better musician, by helping her students to be confident in their work.

As she continued to push her students to follow their dreams, at whatever talent they exceeded in, Jessica decided to take her own advice. In the fall of 2019, she is trading her midwest roots and teaching degree, for the music scene. She will finally pursue her dreams of being a singer-songwriter!

The Midnight Madness Show can be heard live on WFMC Jams every Tuesday from 7-9pm central
Last modified on Monday, 28 September 2020 16:55
Tweet