Dave Hole - These Blues Are Here To Stay_3 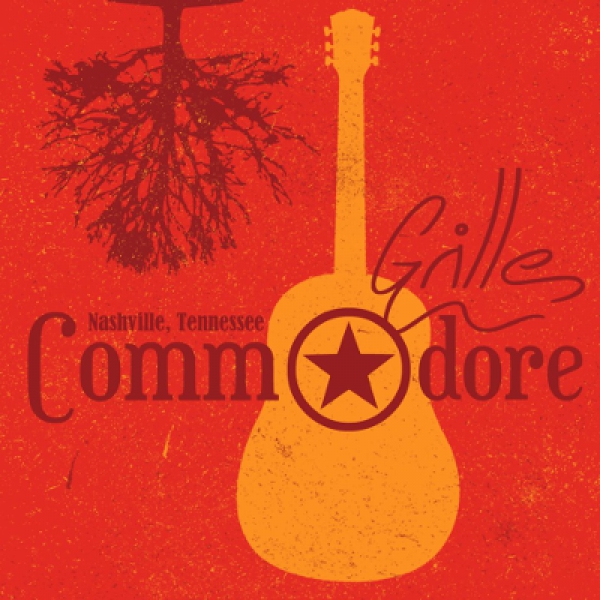 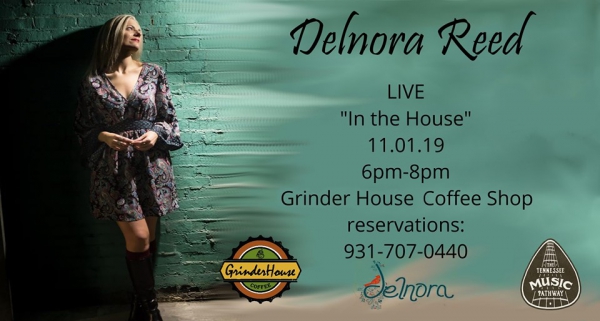 Delnora grew up immersed in a rich musical environment. Her mother, Linda, was a classically trained vocalist, her father, Tim, introduced her to the best of folk, country, bluegrass and rock & roll music. “Mom plays piano,” she said. “Dad plays the guitar and mandolin. And every Reed family event was basically a celebration of the old-time tunes handed down by my Great Grandfather, Henry Reed. His tunes became the backbone of the American Folklife Collection at the Library of Congress. We all played those tunes; whether in tents by New River, or on porches in keeping with tradition. My PaPa Reed (Gene) was probably the most patient in teaching me chord progressions on the guitar. Both sides of my family gave me the musical roots to draw from and the encouragement to grow in my own artistry. They planted me in a varied and wonderful musical garden and I learned early that good music is good music, regardless of genre.”
Delnora says she can’t remember a time when she didn’t want to be a professional singer. “As a matter of fact, my parents, although encouraging, were reserved about throwing me into it as early as I wanted,” she recalled. “I was 11 years old before they allowed me to perform anywhere other than church, family or school events.”
Once she started singing locally, her parents saw that she was seriously focused and began to realize she needed her own songs. “I remember dad telling me, ‘There’s already a Reba McEntire and a Dolly Parton; You need to be you; we need to write you your own songs.”
So her dad began writing songs with Norman Godsey from Ballard, WV. And Delnora sat in on every one of those writing sessions. “I thought I was just the singer back then,” she recalled, “but I never really realized how much I absorbed and how much I learned as they wrote songs for my album. I had creative input and was learning how to craft a song intuitively because of how young I was.”
While they were recording those songs, a local DJ, Big Al Harman, from WAEY 96, started doing interviews with Delnora and her dad, documenting the whole process. “Looking back, Big Al also helped me in more ways than I ever realized: giving encouragement and drumming up local interest in what I was doing, and providing me with invaluable experience which helped me prepare to do what I love doing for a living,” Delnora said.
Music is now a full time profession for Delnora, who is also now a mom. “I was blessed to have my first child a little over two years ago, so as you can imagine, I took a little time off after having him. I say time off, but when you love what you do and it is your outlet for expressing swelled up feelings and emotions, do you ever really take time off?”
Delnora feels her style tends to be diverse. Although influenced by many types of music, her music doesn’t necessarily follow any one particular genre. There is an obvious underlying current of country/bluegrass/roots in most of her songs, but you can also pick up hints of blues and jazz influences as well. “It really depends on the song,” she said, “especially in regard to my CD, My Song. There is something for everyone. If Track one isn’t your style, just skip to the next one. I promise it will be completely different.” Her CD was co-produced by herself and Harry Smith. 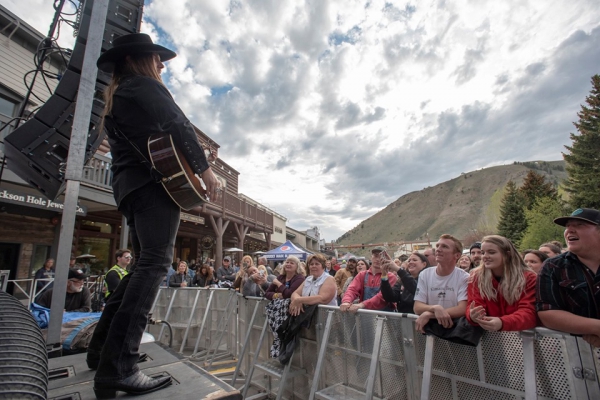 in Past Shows
October 29, 2019
Adam Warner hails from Lawrenceville, IL and proudly served in the United States Marines. He made the move to Nashville, Tennessee afterwardsto pursue his desire to become a successful country music artist and carry on in the footsteps of those he had grown up listening to and admiring. Artists such as Waylon Jennings, Willie Nelson, Johnny Cash, Merle Haggard, Hank Jr., Trace Adkins and more.
His first single release was in 2017 with a song titled “Rowdy As Randall”. The inspiration for the song came from Hank "Randall" Williams Jr., whom Adam will be the first to say reminds him of himself in his younger days.
In early 2018 Adam released his first EP titled “Can’t Get Enough”. It contained the single ”Semper Fi” featuring Trace Adkins (a song dedicated to all active and former military) which was recently chosen the 2019 Country Music Song of the year at the Independent Music awardsin New York City June 22nd, 2019. It also had another tune he co-penned titled “Welcome To The South”, which became used at Nissan Stadium for the Tennessee Titans as a “Welcome” song to the opposing teams!
In November 2018 Adam released a 12 song CD project titled "The Songs that Made Me Adam Warner" recorded live at The Wildhorse in Nashville TN. The project is some of Adam’s favorite songs from his favorite artists.
Late 2019 Adam will release his first full “originals” project titled “Big Storm”, with the title single “Big Storm”, releasing August 30th to all music sites.
He and his band were recently selected to compete in the Hard Rock Cafe Worldwide “Battle of the Bands” competition where they ended up one of the twelve finalist sfromall around the globe.
Adam has toured the United States opening for legendary artists such as Midland, Trace Adkins, Jamey Johnson, Lee Brice, Jarrod Newman, Neil McCoy, American Young, Rhonda Vincent & Darrell Singletary. He has headlined at the Red Skelton Theatre at Vincennes State University (VU), the County Fair in Lawrenceville, IL andFayetteville, PA., The Redneck Mud Mayhem tour and The Horseshoe Riverbend Music Festival. He has performed at the Crystal Grand Theater in the Wisconsin Dells, The Genesse Theater in Waukegan, IL, Tailgates & Tallboys in Peoria, IL, Medals of Honor 5K in Nashville, TN, The National Cornbread Festival in Pittsburg TN and at Nissan Stadium for the Tennessee Titans Pre-Game Tail Gate Party. He also regularly performs at some of Nashville’s legendary clubs including Tootsies, The Local, 3rd & Lindsley and the famed Listening Room to name a few.
For 2 years Adam has hosted his own monthly writer’s round segment at Nashville's infamous "Commodore Lounge” the first Friday of every month
With a band of some of Nashville Tennessee's most experienced musicians backing him, Warner delivers a great traditional country music show packed with original music along with covers of his musical heroes! Adam Warner captivates audiences.
Read more...
Page 116 of 128