Powerhouse - Give Me Your Love 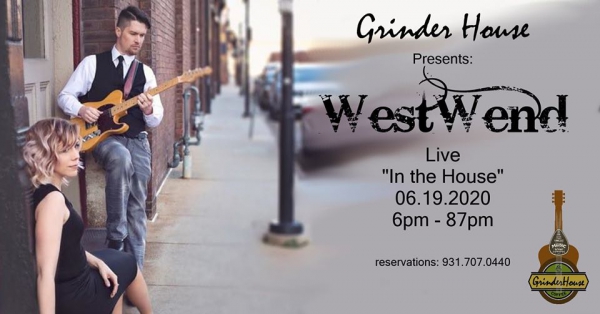 WestWend is unlike any other duo in today’s music scene. Wendy and Jonathan’s chemistry remains an intregral part of their stage show. Wendy's honeyed alto is richly complimented by a winning smile that lights up their stages. Jonathan’s rich baritone and agile flat picking are well known to audiences on both sides of the Atlantic, and he’s also an expert arranger and producer. Their talents together join his instrumental chops to a quickly growing catalog of original material. Their close duet harmony brings the songs home to the listener, while instrumental support from East Tennessee’s best musicians round out an exciting show package.

Currently WestWend is recording their second CD "Second Chances, due out early 2015. WestWend’s debut full-length recording, “Linger For A While” features fresh new songs by Wendy Crowe, Jonathan Maness, Melba Montgomery, Jerry Salley, Leslie Satcher, Keith Sewell and more! This recording also showcases a smattering of bluegrass and country standards, for the traditional country and bluegrass fan. “Linger For A While” has a little something for everybody in its 14 tracks.