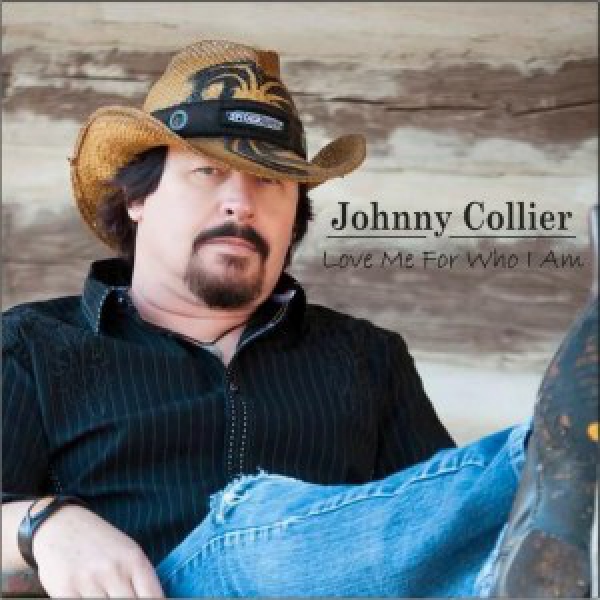 Johnny Collier
in Past Shows

“I’m a country boy. There’s nothin’ about me that ain’t. I’ve entertained crowds of 80,000 people working stadiums, festivals, fairs and beer joints. Worked with my hands, built a family, ran 3 bars and sang in way too many so yes, i know somethin’ about making my audience happy. And yes, I talk to God…” JC.

Recording artist, Johnny Collier, brings something unique to his fans and followers in today’s music scene. Digging deep into his Muscle Shoals and Nashville roots, Johnny mixes country music’s past and present to create a passionate, soulful music adventure. This isn’t the stuff your Daddy stomped his boots to, but it kind of is. You’ll hear a hint of R&B and Blues flavoring. Johnny’s is not a rock show, but it totally does. His ability to fuse that feel-good driving country beat together with a contemporary musical vision lead Johnny to write hot selling fan favorites like “Hole In My Heart”, “I Got This…”, and “Never Really Famous”. “I’m blessed” Johnny says, “ to perform an average of 140 concerts each year all over the South for crowds up to 80,000 people. People tell me all the time ‘Man, you are so smooth. The music just flows out of you and it looks like you’re enjoying every second’ and the truth is… I really am. And they get to come along.”

With a successful career in the music and entertainment industry, Johnny Collier has earned a long and loyal fan base. Whether he’s headlining or workin’ a honky-tonk, Johnny’s style of music attracts a large audience. Johnny travels making new friends and greeting old ones. His schedule of dates and performances reflect concerts and shows ranging from fairs, festivals, dance halls and night clubs to organizations such as St. Jude Children’s Hospital, America’s Trail Ride Association, tourist venues booked as much as a year in advance and engagements overseas.

It’s true that his schedule and work ethics led to Johnny’s being called “The Hardest Working Guy in Show Business”. Wayne Chaney, stage manager for LITTLE RICHARD, says “When I call Johnny, I don’t have to worry. He just says when & where do you need me”.

The early years placed Johnny Collier into the professional realm when he started singing with THE HANK WILLIAMS, JR. BAND as they needed a front man to replace Hank while he recouped from touring. Then, forming his own band with musicians such as Roger Clark, Drummer from THE STEVE MILLER BAND & THE GREATFUL DEAD, Johnny started to write and record his own material and found himself working with members of THE LITTLE RICHARD BAND, opening for JIM ED BROWN and doing sessions at Fame Studios in Muscle Shoals, AL. 1995 found Johnny backing Nashville artist’s like TIM HILLIARD and being asked to do a tour in Japan.

In 1997, Johnny re-united with his birth father, Mark Collier, who retired from the music business in the 80’s. Johnny and his father re-opened MOLLIE MUSIC PUBLISHING. The two began recording and working with other artists from Disneyland California and Nashville.

Next, Johnny recorded an album titled “Take You To The Country” on Jasmine Records and in 1999, MMG Records released and promoted several singles from the Album. An earlier version of “Honey for Hire” charted at #33 on The Worldwide Top 100 Singles Chart and his music was known across the US and in several foreign countries… Australia in particular, where Beth Brown played Johnny’s hot new single on her Radio Show reaching 7.5 million listeners. Another single, “Love Let Her”, earned Johnny the title of Artist of the Year in 2003 by remaining in the Top 5 for 28 consecutive weeks!

Johnny hosted his own TV show during this time on W10BV broadcasting from Ethridge, Tennessee, with owner and friend, Sarah Evetts, known for starting the smallest TV station in America and catapulting to worldwide fame and success when appearing on Johnny Carson, Jay Leno, USA Today, and more.

After years of playing music on the road all over the US, Johnny spent 2017 & 2018 working on his second album and touring the country. In April, 2018, Johnny had a bit of set back when he suffered a massive and severe subarachnoid hemorrhage (ruptured brain aneurysm) and stroke and underwent 3 brain surgeries including endovascular coiling, carotid angioplasty and the insertion of a sleeve/stent in the Aneurysm site. Johnny spent 3 weeks in the Neurosurgical ICU at UAB in Birmingham, Alabama, and then several months recovering there after. With the grace of God, his wife, family, friends, and thousands and thousands of prayers, cards, well wishes and love from his fans and followers, Johnny pulled through miraculously well and began touring again about 6 months later.

Johnny is so proud to announce the release of his new album “Love Me For Who I Am”. The music in this album is straight from Johnny’s heart and tells stories and shares insites that everyone can relate to. The album, released November 1st, 2019, is available for purchase through this website, CD-Baby and at Johnny’s concerts. The album is also available for Digital Download and streaming from over 150 music media sites world wide including iTunes, Amazon, Pandora, Spotify, YouTube and many others.

The Midnight Madness Show can be heard live on WFMC Jams every Tuesday from 7-9pm central
Last modified on Friday, 03 July 2020 20:04
Tweet

Login to post comments
More in this category: Previous "In the House" at The Grinder House - 02/07/2020 - Travis Bigwood and the Lonesome Doves Next Midnight Madness Show - 6/9/2020 - Kayley Hill
back to top