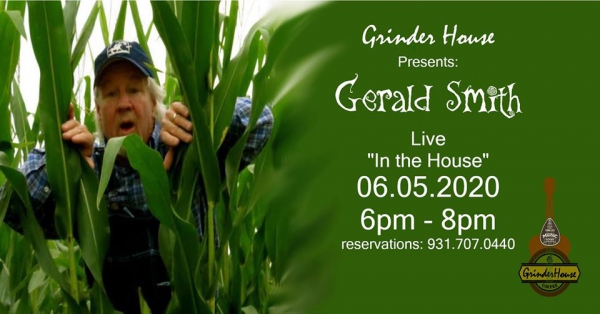 Songwriter gerald smith is originally from statesboro ga and has resided in nashville tn since 1985. A prolific writer , smith penned such number one hits as "What part of no" for lorrie morgan and "Every second for collin raye. He's also written songs for george strait, george jones, johnny rodriquez , justin mcbride and many others

Gerald is a graduate of georgia southern university with a bs degree in education. Known as the "Georgia quacker" from the nationally syndicated hee haw show , gerald has performed on stage with such greats as barbara mandrell, jerry reed, ricky van shelton, waylon jenning, george lindsey, buck trent, roy acuff, percy sldge, grandpa jones, mike synder , t graham brown , minnie pearl, lulu roman , roni stoneman and many more. He appeared as the georgia quacker on the hee haw show and nashville now shows back in the 70's and 80's.

Most recently gerald has teamed with leading gospel promotional company, double e promotions, debuting on the christian country charts with a song about his father called, "Shorty was a big man" which reached all the way to¬ #2. Gerald’s second release with double e promotions, "One of us " reached the top 25. His new christian country cd is called "Born again" which he co-wrote with doug flowers his long time picking partner and friend from the college days at georgia southern. Gerald is currently a staff writer in nashville for melody roundup music.