Hollowstar - All I Gotta Say 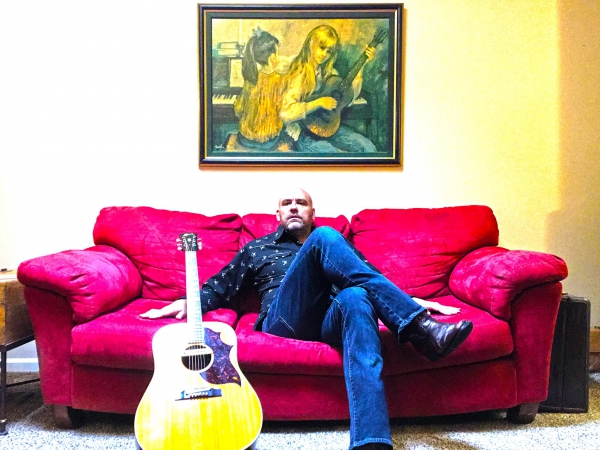 Jeff Lane
in Past Live Shows

Published March 17, 2020
Jeff Lane was born in Kingsport, TN and grew up with a tremendous influence from his family. Surrounded by relatives in the country, simple pleasures and hard work were the beginning of Jeff’s musical thought process. Always fascinated by the guitar, Jeff began lessons at the age of 13 and managed to get a job at the age of 14 posing as a 16 year-old, to buy his first “real guitar”, a Washburn A-10K just like Carlos Cavazo’s (the guitarist from Quiet Riot), his hero at the time!
Although learning rock licks of the 1980’s, Jeff couldn’t help but write his own music and didn’t realize what an impact his earlier years growing up had on him. Jeff Lane now smiles while he reminisces weekends as a kid browsing through his late mother’s big wooden stereo cabinet filled with albums, amazed by the artwork of the 70’s. “Every weekend, the house was filled with Bob Seger, Eagles, Elton John, Jim Croce, the Commodores, you name it!” Today, it’s pretty safe to say that Jeff Lane isn’t stuck in any genre in particular as he mashes together hot acoustic guitar with anything from soul & blues to “grassy” country, or even pop and rock.
As a songwriter, Jeff’s material is “mostly-true” as he spent most of his adult life collecting material, all while developing dozens of bars and nightclubs all over the Eastern US, never truly realizing his talents for songwriting. At the age of 40 with constant urging of his best friends, Jeff recorded a record, “Where the Buffalo Roam” and then released it at his very first gig with his band HUNDRED ACRES. Since then, the group has release their sophomore album “Feels Good” and are currently tracking pieces of their third. In 2013 after more than 150 shows with his band, Jeff started traveling to other cities weekly, returning home in the wee-hours of the morning to go to work, just to get involved in regional songwriter nights and hone his craft. Since then, Jeff Lane been accepted into several areas as a well-respected songwriter and performer. Jeff now hopes to take his passion further with his creative approach to songwriting by collaborating with accomplished writers who can help build on his talents.
After Jeff's surprise entry into the music scene in 2011 with Hundred Acres, he has been on a relentless quest to quench a need he had since his teen years, both as a songwriter and as a guitarist.

In 2014, after the release of two Hundred Acres records and hundreds of shows, Jeff's longtime friend and musical mentor Quentin Horton sent him on a simple mission ... to "go out there and do what you do"..

Seemingly a simple task, it has already proven to be quite the adventure!

Jeff is now fronting his long-term band Hundred Acres as well as his newest project the Real Life Heavies and touring all over as a songwriter in various lineups!

All projects can be found at www.jefflanesongwriter.com