Ben Robinson - The Easy Parts Over

in Past Live Shows
January 26, 2021
Southern blues and rock band with members from both Three Penny Nickel and Smokey Mount'n Bandits.. 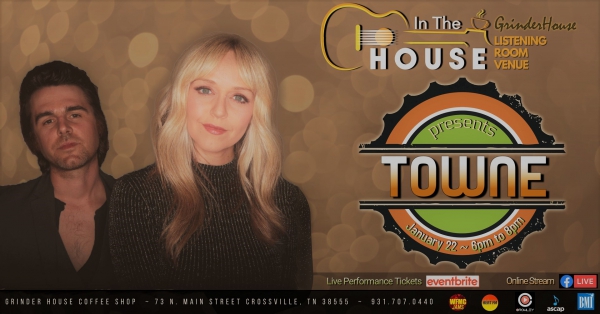 Nashville, Tennessee-based indie-folk trio TOWNE consists of longtime singer/songwriter collaborators Steevie Steeves, Jon Decious and guitarist Luke Marshall. Like Steeves, who cut her teeth singing in Pittsburgh’s riverboat and cover band scene, Decious spent the years prior pursuing a career in songwriting, leaning on his poetically simple, “Kentucky talk”, style of writing to land songs on albums of up-and-coming roots and Americana artists such as; Caitlin Rose, Anderson East, and most recently, Lucette. Inspired by the likes of everyone from; Gram Parsons & Emmylou Harris, Heart, The Killers, and the perfectly imperfect harmonies of Stevie Nicks and Tom Petty, the two set out as an acoustic duo for years. Eventually, landing slots on The Pilgrimage Festival, Master Musician’s Festival, 30AFest, performing alongside artists such as; Willie Nelson, Travis Meadows, and Eddie Vedder, among others. The pair released two EP’s: 2016’s Games We Play, and 2018’s Audacious (which included the single “Camouflage” that placed 2nd in the International Songwriting Competition), before meeting guitarist, Luke Marshall, while guest-speaking at a Kentucky 4-H music seminar. Marshall, along with his Johnny Marr-meets-Nels Cline-inspired playing, proved to be the missing link for the duo that had been forever in search of “that sound”.

In late 2018, the trio caught the eye of Grammy Award Winning producer, Mitch Dane, while playing a show at a bar on a slow Sunday night in Nashville. Long story short: it was meant to be. TOWNE was looking for a producer that could capture their live sound on tape and Mitch was looking for a band with a live sound the he wanted to capture. Soon after, sessions were booked at Mitch’s Nashville studio, Sputnik Sound.

In early 2019, TOWNE’s fans came together, organizing two fundraising concerts to finance the recording of the band’s first full-length album, “In The In Between”. The album is set for release in August of 2019. 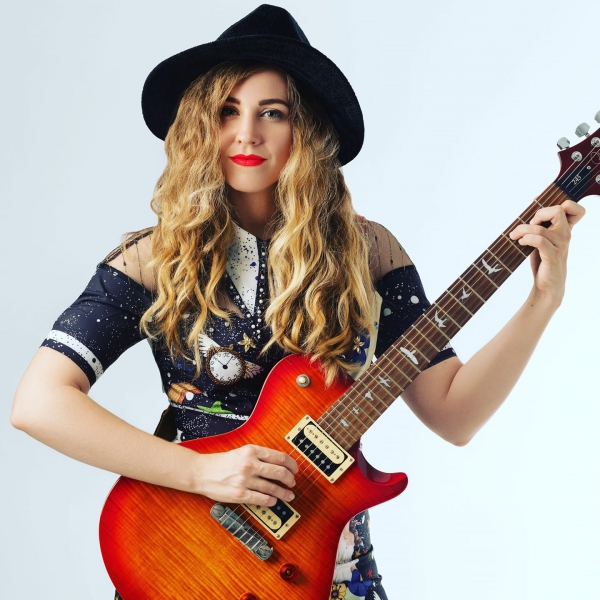 Alley Bei is a storm of whimsical energy- Each song has a distinct sound that adventurously fuses genres and themes. Her style is thoughtful, vibrant and varied, creating a space for many moods and tastes to meet. She speaks Spanish, Mandarin Chinese, and English fluently, and injects all three languages and cultural influences into her work.

December 2020 saw the release of her artful debut album, "All the Things". The album, produced with Thomas Francis O'Brien V and Chris "V" Viera, received congratulations and praise from industry Giants- an encouraging sign of feedback for a rookie artist stepping into the spotlight.

Alley has performed her original songs in the USA from Atlanta to San Francisco, and internationally as far as Beijing, China. 2021 will see a mix of full band and acoustic shows across southern and middle America.

Alley is an avid anime and cartoon fan. Her web comic "A Bei in the Life" personifies her album songs as characters in an exaggerated slice-of-life and workplace comedy.

She is also voicing/singing for a grassroots animated series. 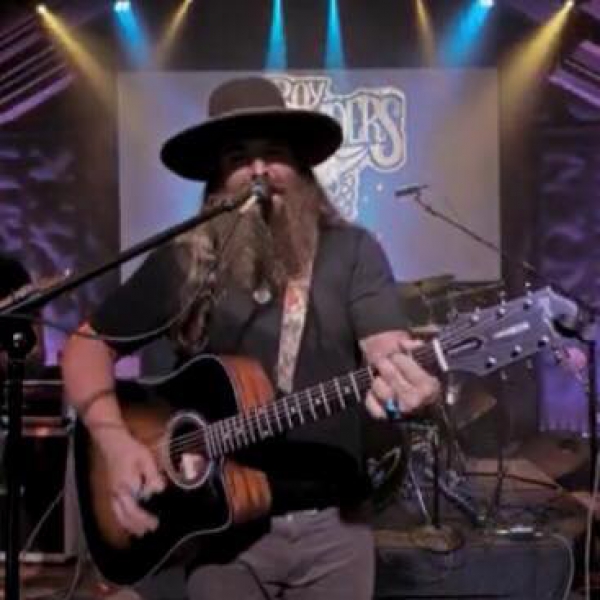 in Past Live Shows
January 12, 2021
Roy Saunders is a Southern musician who blends the sounds of country, southern rock and blues. Certain obvious influences stand out including The Highwaymen, Cody Jinx, and Blackberry Smoke. Add in a little family style flavor of The Allman Brothers and Lynyrd Skynyrd and you’ve got a distinctly original southern sound.
Born in the mountains of North Georgia, his musical heritage goes back to North Florida with his grandfather, a professional popular pianist and Musician's Union president, and father, a touring guitarist and recording artist.
Self taught, Roy formed the Atlanta based band 11th Night in 2012 with his brother, Ryan. He then moved to Savannah where he co-founded the Garth Brooks style duo "Escaping Fate," with low country legend and musical mainstay, Jay Morelock.
While in Savannah, Roy opened for, Ian McLagan, international touring artist Hannah Wicklund and the Steppin Stones, People's Blues of Richmond, Zack Myers of Shinedown fame, and Austin Webb.
Now based in Atlanta, Roy played 150 shows in five states in the past year alone. He also released his swampy original single ‘Stranger’ on streaming platforms with an EP to follow in 2020.
Roy has built a full band featuring guitarist Jay Morelock on guitar, his father Steven Saunders on bass and seasoned percussionist Tom Dickenson. The group recently performed at Shezmu Cellars in Marietta, GA to promote the single ‘Stranger.’
2020 sees Roy booking at new venues, working on more recordings and scheduling a pending southeastern U.S. fall tour. The best is yet to come for this rising country music outlaw.
Read more...
Page 1 of 50