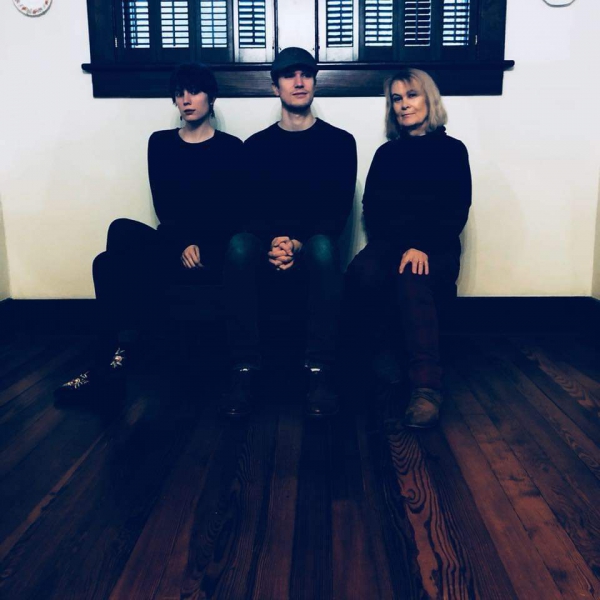 Credenda
in Past Live Shows

Published July 30, 2019
EPK: Relative Harmony! Keeping it all in the family, Credenda consists of two siblings and their mom, all contributing to the songwriting. Their music is reminiscent of a time when lyrics impacted a generation, bringing healing and hope for the future. Genre defying, Credenda's signature sound of unique sibling harmonies is showcased in their original and compelling songs. Currently based in Nashville.*Their debut EP is scheduled for release 27 February 2019 It started with Barbara who began songwriting as a young adult. She was heavily influenced by Bob Dylan, Larry Norman, and some jazz artists like Cleo Lane. She grew up being exposed to multiple genres, particularly jazz and rock n’ roll. After nursing school, she worked for a while in the UK and then applied for a job in California where she met her husband Joe Bruton. They had a family and out of that family musicians began to develop! Soon, members of the family were writing and jamming together. Barb plays keyboard for the band and is one of the primary song writers. Daniel started playing the guitar while living in England from 2003-2008. Dad worked on the streets with homeless folks and runaways. His parents bought him an electric guitar and small portable amp for his eleventh birthday, and he practiced literally four to five hours a day for five years. He admires artists such as Johnny Cash, Bob Dylan, BB King, and more modern artists such as Ed Sheeran. He loves to play electric and acoustic and bass guitar as well as the cajon.He is always looking for ways to incorporate a Celtic sound. This may be after having lived in the Northeast of England where Celtic influences are very strong. He often co-writes with Barb Bruton, as well as writing his own songs. Anna is our lead female vocalist. She started singing with Credenda when she was sixteen. Now 23 years old, she is a pro. She loves big band jazz artists such as Cleo Lane, Frank Sinatra, and Nat King Cole. She’s also a big fan of singer songwriters such as Joni Mitchell and Bob Dylan, as well as blues artists such as Mavis Staples. She is an accomplished song writer and is currently expanding her skills on the keyboard and guitar. Anna often co-writes with other members of the band and helps with the arrangements.
The Midnight Madness Show can be heard live on WFMC Jams every Tuesday from 7-9pm central
Last modified on Saturday, 10 August 2019 21:40
Tweet